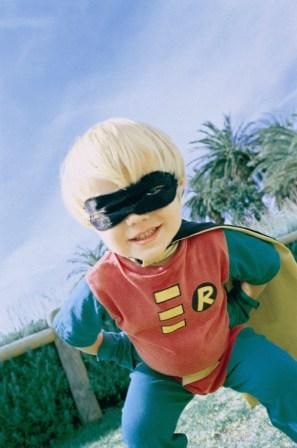 The imaginary friends a child dreams up, naughty or nice, are good to have around. They have emotional, social, and cognitive benefits, and they help prepare children for real life, scientists say.

“There’s a certain amount of control over a relationship with an imaginary friend that you don’t have with a real friend. It’s a practice ground,” said Stephanie Carlson, a developmental psychologist at the University of Washington.

One-third of all preschool age kids have an imaginary friend. However, about a third of those are actually imaginary enemies, according to new research by Carlson and University of Oregon psychologist Marjorie Taylor.

The findings will be published in the upcoming report, “Imaginative Minds,” by the British Academy.

The past 20 years of research show that kids who have imaginary friends are numerous, normal, and well aware that their friends aren’t real.

Pretend friends typically show up around age 3. As a child grows, the companions can change form and become more elaborate, like imaginary worlds common among preadolescent boys. In preschool, girls tend to be more likely to have imaginary friends than boys, but by elementary school the gender difference evens out. Research has also consistently found that first-born and only children are more likely to have imaginary friends.

These companions come in all shapes and sizes: Aliens, fake cousins and even dolphins—with a range of personalities.

Imaginary enemies help negotiate conflicts, researchers say. They ease kids into the harsh reality that you can’t always get what you want.

“That’s a hard lesson of early childhood,” said Carlson. “Children who have imaginary enemies are better able to take on the idea that other people have opinions and desires than you.”

In addition, naughty friends test parents’ reactions, and come in handy as an ever-trusty scapegoat, when kids misbehave themselves.

“These are not all smooth interactions, but can still be useful and functional in development, even if they’re not all friendly,” Carlson told LiveScience.