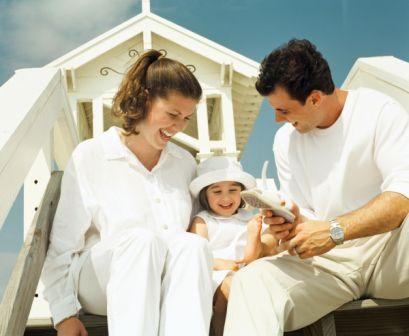 A loving, supportive family can be enough to override a genetic vulnerability to depression, new research suggests. Studies have found that people who carry a “short” version of the serotonin transporter gene — known as 5-HTTLPR — tend to be more susceptible to depression than people without this gene variant.

The new findings, published in the journal Biological Psychiatry, are true only of gene carriers who grew up in a stressful home environment, however. In contrast, the investigators found that young adult gene carriers whose families were warm and supportive had a reduced risk of depression.

The findings point to the importance of nurture, as well as nature, in the development of depression, according to the study’s authors. “A strong family life can be enough to reverse the effects of this risk factor,” lead author Dr. Shelley E. Taylor, a professor of psychology at the University of California, Los Angeles, told Reuters Health. On the other hand, a dysfunctional family life may create the stress that sends genetically vulnerable people into depression, the study findings suggest. Of the 118 young adults in the study, 27 percent carried two copies of the short form of 5-HTTLPR. A similar percentage had two “long” versions of the gene, while the rest carried one copy of each version.

Taylor’s team found that men and women who carried two short forms of the gene had a higher risk of depression than those with the other gene profiles, but only when they reported a dysfunctional family life — marked by conflict, hostility and emotional coldness. In contrast, among study participants who said they grew up with a warm, nurturing family, carriers of two copies of the short gene variant had a lower risk of depression.

This suggests that the short form of 5-HTTLPR is “highly responsive to environmental influence,” the researchers point out. The implication is that even relatively mild family dysfunction can raise a vulnerable young person’s risk of depression.