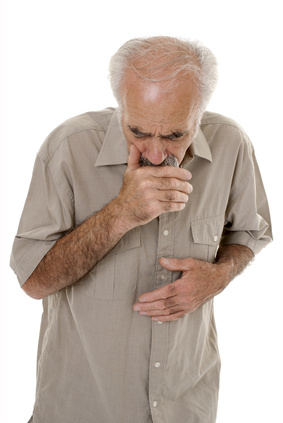 Asthma can be a very disabling disease and it is usually managed rather than cured. Two old treatments that may cure asthma, forgotten medicine, are being reviewed here.

We are currently in a phase in medicine where we are looking for pharmaceutical answers to all problems. 450 Billion dollars is spent annually in the US on more than 4 billion prescriptions filled annually. There are over 22,000 prescription medications available and thousands more over the counter drugs.

Modern medicine has often become the practice of trial and error with doctors trying first one drug and then another.

Frequently older medical literature is underappreciated and under studied. One example of this is the Sphenopalatine Ganglion Block or SPG Block. It is extremely successful in treating chronic headaches and migraines and is safer and less expensive than most medications currently used like triptans and Botox. There is an economic drive from pharmaceutical companies to increase sales through marketing to patients and their physicians. One old study discusses SPG Blocks as a cure for asthma.

A second example is the treatment of blood with Ultraviolet light. A recent article has looked at this old technique from the 1940’s and 1950’s as an answer to multiple antibiotic resistance (such as MRSA). Another older technique is the use of Ozone to treat blood infections is also reviewed.

Both SPG Blocks and Ultraviolet Treatment of the blood have been shown to cure asthma.

SPG Blocks were featured in the book “Miracles on Park Avenue” the story of Dr Milton Reder and his unique practice that used SPG Blocks exclusively.

This study described curing a wide variety of disorders including Asthma, headaches, migraines, eye pain from multiple sources, respiratory issues, GI issues, low back pain. It specifically discusses multiple cases of asthma being cured. One article in the bibliography by Gundrum in the annala of clinical medicine

The Sphenopalatine Ganglion is the largest Parasympathetic ganglion of the head and carries both sympathetic and parasympathetic fibers. It can turn off Sympathetic overload reactions of stress and anxiety as well as the sympathetic “fight or flight reflex”.

It allows the Parasympathetic reflex to predominate the “eat and digest reflex” or “feed and breed reflex”. Many patients feel similar to when they play with puppies, kittens or babies, a natural good feeling.

“Our object in this paper is to bring together the more important observations that have accumulated in the literature on the sphenopalatine ganglion during the past twenty-five years and the more important observations that have been made during eight years of original work on this subject. The original work includes more than 2,000 cases and more than 10,000 instances, counting multiples and repetitions, of remote dysfunctions being arrested by anesthetizing the sphenopalatine ganglions. This should provide a working guide that will bring the student of the subject to the front lines of advance without unnecessary delay.”

Adv Exp Med Biol. 2017;996:295-309. doi: 10.1007/978-3-319-56017-5_25.
Ultraviolet Irradiation of Blood: “The Cure That Time Forgot”?
Hamblin MR1,2,3.
Author information
Abstract
Ultraviolet blood irradiation (UBI) was extensively used in the 1940s and 1950s to treat many diseases including septicemia, pneumonia, tuberculosis, arthritis, asthma and even poliomyelitis. The early studies were carried out by several physicians in USA and published in the American Journal of Surgery. However with the development of antibiotics, UBI use declined and it has now been called “the cure that time forgot”. Later studies were mostly performed by Russian workers and in other Eastern countries and the modern view in Western countries is that UBI remains highly controversial.This chapter discusses the potential of UBI as an alternative approach to current methods used to treat infections, as an immune-modulating therapy and as a method for normalizing blood parameters. No resistance of microorganisms to UV irradiation has been reported, and multi-antibiotic resistant strains are as susceptible as their wild-type counterparts. Low and mild doses of UV kill microorganisms by damaging the DNA, while any DNA damage in host cells can be rapidly repaired by DNA repair enzymes. However the use of UBI to treat septicemia cannot be solely due to UV-mediated killing of bacteria in the blood-stream, as only 5-7% of blood volume needs to be treated with UV to produce the optimum benefit. UBI may enhance the phagocytic capacity of various phagocytic cells (neutrophils and dendritic cells), inhibit lymphocytes, and oxidize blood lipids. The oxidative nature of UBI may have mechanisms in common with ozone therapy and other oxygen therapies. There may be some similarities to extracorporeal photopheresis (ECP) using psoralens and UVA irradiation. However there are differences between UBI and ECP in that UBI tends to stimulate the immune system, while ECP tends to be immunosuppressive. With the recent emergence of bacteria that are resistant to all known antibiotics, UBI should be more investigated as an alternative approach to infections, and as an immune-modulating therapy.

J Nat Sci Biol Med. 2011 Jan-Jun; 2(1): 66–70.
doi: 10.4103/0976-9668.82319
PMCID: PMC3312702
Ozone therapy: A clinical review
A. M. Elvis and J. S. Ekta
Author information ► Copyright and License information ►
This article has been cited by other articles in PMC.
Go to:
Abstract
Ozone (O3) gas discovered in the mid-nineteenth century is a molecule consisting of three atoms of oxygen in a dynamically unstable structure due to the presence of mesomeric states. Although O3 has dangerous effects, yet researchers believe it has many therapeutic effects. Ozone therapy has been utilized and heavily studied for more than a century. Its effects are proven, consistent, safe and with minimal and preventable side effects. Medical O3 is used to disinfect and treat disease. Mechanism of actions is by inactivation of bacteria, viruses, fungi, yeast and protozoa, stimulation of oxygen metabolism, activation of the immune system. Medication forms in a gaseous state are somewhat unusual, and it is for this reason that special application techniques have had to be developed for the safe use of O3. In local applications as in the treatment of external wounds, its application in the form of a transcutaneous O3 gas bath has established itself as being the most practical and useful method, for example at low (sub-atmospheric) pressure in a closed system guaranteeing no escape of O3 into the surrounding air. Ozonized water, whose use is particularly known in dental medicine, is optimally applied as a spray or compress. Diseases treated are infected wounds, circulatory disorders, geriatric conditions, macular degeneration, viral diseases, rheumatism/arthritis, cancer, SARS and AIDS.