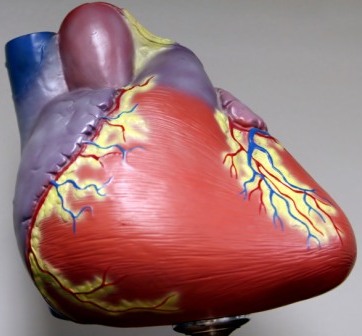 A cardiologist in Boston reportedly became curious as to why patients who had been given pacemakers were suddenly snoring less. What he discovered could potentially revolutionize the treatment of sleep-related breathing disorders such as sleep apnea.

Apnea is a medical condition that can cause an individual to stop breathing during sleep for periods from 10 seconds to one minute, several times per night. In fact, some patients are aroused from sleep hundreds of times per night as a result of the cessation in breathing. This condition can leave patient exhausted and sleep-deprived during the day and in danger of dozing off while driving. Scientists also believe that apnea can lead to other medical conditions such as high blood pressure and heart disease.

However, a team of French doctors recently discovered that the faster heart rate caused by pacemakers could reduce or relieve apnea. This study further implies that the heart actually may act on the apneic events themselves. “In patients with normal heart rhythm, maybe it’s the occasion to develop some drugs to increase the heart rate,” said lead researcher Stephanie Garrigue. The findings were reported in the February edition of the New England Journal of Medicine.

In the study, 15 patients who showed symptoms of apnea, the research reset their pacemakers to turn on when the heart rates of these patients dropped below 70. This rate was on average 15 beats faster than the normal pacemaker setting. On this higher setting, the patients’ apneic events dropped 61% from 28 to 11 per hour. Doctors suggested that the increased heart rate stimulated various nerves, which in turn normalized breathing to some extent.

While these findings may have implications for the some 18 million people who suffer from sleep apnea, some researchers caution that these results may only be effective for people with apnea and heart problems. Ongoing research will be necessary to determine the far-reaching implications of this study.

Adopted from the Associated Press, February 7, 2002