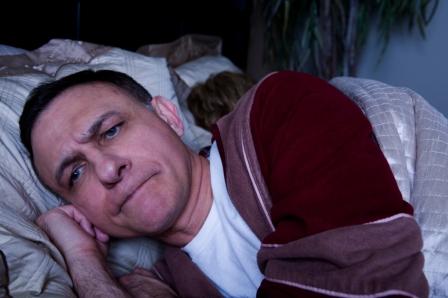 Recently, I spoke with an eminent sleep physician who informed me that one of the authors of an important text on the principles and practice of sleep therapy arbitrarily chose these levels and published them in his text and that the AASM just adopted his choice. Whether this is entirely correct is not the point, but it is clear that many sleep physicians choose ranges different than those declared by the AASM.

This leads to the question of whether these levels are important if the patient shows no symptoms other than snoring. Yes, they are. According to Richard Horner, a medical physiologist, each time there is an arousal from sleep it is accompanied by a release of adrenalin as a “fight or flight” response. This enables the patient being aroused to be ready for action or impending danger. Because this type of mechanism occurs each time there is any airway obstruction causing an arousal from sleep, the constant effect of the adrenalin release leads to a tendency for an increase in blood pressure that can be retained even during waking hours. The higher the level of apnea, the higher the susceptibility to an increase in blood pressure and, as a result, the higher the susceptibility to heart attack and stroke. Thus even though the patient may not seem to be having any problems other than snoring they are definitely at greater risk than if they did not suffer from apnea. It is more likely, however, that the asymptomatic patient is at less risk than the patient who is symptomatic.

It is now reasonable to ask how this affects oral appliance therapy. As noted previously, oral appliances are indicated for treatment of snoring and apnea if the patient is mild or moderate and they prefer it or for severe patients if they cannot tolerate CPAP.

There are many different appliances available to the patients and some are much more effective than others. For this reason, it is very important to seek out a dentist who is well trained in the provision of these appliances for sleep disordered breathing. Dentists who are members of the AADSM (American Academy of Dental Sleep Medicine) and qualified by the ABDSM (American Board of Dental Sleep Medicine) as a Diplomate, are likely to be reliable providers of the appropriate type of oral appliance necessary for that particular patient.

In my paper published in Chest in Dec. 1999, I chose to use an appliance that was adjustable in the mouth because it provided the ability to adjust the patient while were wearing the appliance. This allowed the patient to be adjusted quickly to whichever position thought necessary to get rid of the apnea or at least reduce the apnea to an acceptable level. In this study, many of the patients had” severe” apnea (AHI over 30 according to the AASM). A total of 43 patients of the 75 with apnea had levels ranging from 31 to 115 obstructions or partial obstructions per hour. Two of these severe patients showed a very poor response; however, the remainder showed a significant improvement. This specific type of appliance could be an effective treatment for severe apnea patients and for those patients that cannot tolerate CPAP.

It is very important that the patient understand what apnea means, how it can affect their health long term, and that as we age it tends to get worse. By the way, I have sleep apnea. My diagnostic sleep study 14 years ago showed an index of 45 times an hour. Using my appliance, the index went to 2.9 times an hour (in the normal range). I have been wearing an oral appliance since then and it is still effective. No snoring. No apnea.