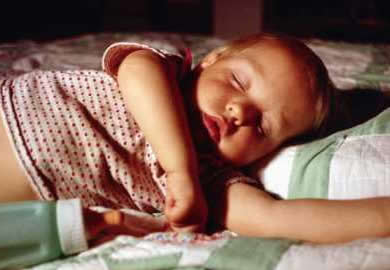 Some people have the rare ability to create tranquil, healthy and happy atmosphere by their mere presence. Sylvia Gerber is one such person. She can calm down the most turbulent situation by the warmth and sincerity in her approach to the world. She is one of those natural healers and her gifts she possesses are best described through the people whose lives she has impacted.

Several years ago she witnessed the night terrors of the neighbor’s child. All night fits of screaming, thrashing and banging into the wall while the family suffered. These events are enough to touch anyone, but not everyone would act to relieve a family’s pain. However, Mrs. Gerber’s offered her help to this family. She played with the child before sleep, taught her to draw happy painting and fantasize about happy dreams. She helped the family find a pediatric sleep specialist with whom she became a part of the treatment team.

This story has a happy ending and since that time Mrs. Sylvia Gerber and her husband Floyd have devoted their energy, time and personal expenses (despite their limited budget and hectic lives) to helping children with sleep disorders.

It is Mrs. and Mr. Gerber’s talent and energy that have helped to put together other enthusiastic volunteers and organize parents support group, which eventually developed into the National Foundation for Children with Sleep Disorders. Mr. Floyd Gerber was its President and Mrs. Sylvia Gerber served as the Treasurer. The foundation later transferred its functions to the National Sleep Foundation, but Mrs. Sylvia Gerber continued to work in the area of art and health.

Mrs. Gerber is originally from Turkey and she brought a tremendous flavor of Eastern mysticism and a combination of fantastic figures in which everyone could project their hopes and dreams. Her paintings bringing peace and good luck to every wall they adorn. I know this personally as her work has brought much to my own. Along with her wonderful gifts to the world of children’s sleep, she has had several successful expositions in Chicago area.

We are fortunate to have such dedicated and compassionate human beings as Mrs. and Mr. Gerber as part of lives and our community.