All readers want to enjoy good health, and Sleep and Health goes to great lengths to present its readers with a great variety of articles that suggest means to either maintain or improve one’s health. Here is yet another, but it deals with a somewhat controversial topic, that is, vitamin supplementation. Why should this be controversial, some may ask? Well, the answer is simple: there are two diametrically opposed camps, those who favor supplementation and those who do not.  Interestingly, both can provide literature to back up their point of view. 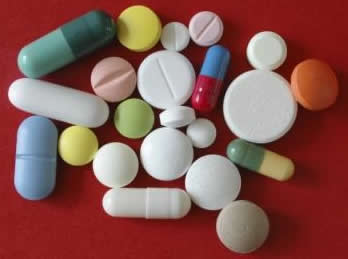 Does this last statement mean that your author is biased? Yes, it does, and I will declare my bias directly. I am clearly in favor of supplementation because I am of the opinion that our modern diets are not only deficient in micronutrients but also that many of our methods of cooking tend to diminish the nutritional value of the food that ultimately gets on our plates. I recently returned from lecture engagements in the Middle East, each of which was followed by a sumptuous buffet repast. As tasty as these were, it was obvious that they had been prepared some hours before and kept in warming ovens, during which time the important food values that once had been present could easily have diminished.

The same problem exists in our country where so many of us eat out on a regular basis. Leaving aside the problems associated with oversized portions, the use of high fructose corn syrup and the other causes of American obesity and malnutrition, the foods we eat may be poor in vitamins when they arrive at the kitchen because they are grown in fields that are continually fertilized with artificial rather than natural fertilizers.

The issue of poor vitamin and trace mineral intake faces the entire population and obviously is not confined to the underprivileged and those with marginal means of subsistence. Fortunately, there is mounting evidence that supplementation is of value and the studies that support this statement come from all over the world. Interestingly, many of them are conducted on pregnant women and they look at hard outcomes like the increased birth weight of the newborn infant. Because the infant is totally dependant on the mother for all nourishment, studies have looked at supplementation with multivitamins for such an effect. A recent review of this literature by Louise Brough in the United Kingdom shows that many vitamins have this effect. All is well and good, but the vast, vast majority of pregnant women do not want to look at a dozen or so bottles in the morning before their breakfasts and thus they turn to multivitamins as a robust alternative.

Although I write with a background of being a Professor of Obstetrics and Gynecology, it is not difficult to remember that one is a physician first and a specialist later. Thus, it makes perfect sense to look at the better outcomes in pregnant women and wonder if similar effects are possible in the general population. Unfortunately, the evidence is not as clear here, simply because it is difficult to select an appropriate yardstick to measure effect other than the very subjective one of “How do you feel?”

For those who worship at the altar of evidence-based medicine, this yardstick may appear very soft. Yet, it is the yardstick by which physicians have measured their treatment effects for millennia. Think about your own experiences with physicians when you have been prescribed a medication for whatever. One of the first questions you are asked at your next encounter with the healthcare professional is, “How do you feel?” with the objective of hoping that you are feeling better after having taken the medication.

The same holds true for vitamins and micronutrients. It is your “feeling,” your sense of enthusiasm for life and all that it brings, your energy level and willingness to deal with life that may all be affected in a positive manner by use of a multivitamin mineral that also contains trace elements. This is because the regular (daily, not just when one feels less than ideal) use of the multivitamin with trace elements tends to provide the body with better stores of important nutritional elements.

Having said this, what should one take? In my opinion, it is important to take a supplement that is, in effect, a “balanced palate” of vitamins, minerals, and trace elements (magnesium, boron, silicon, zinc, etc.) and all the antioxidants (all in one capsule or tablet). It is unrealistic to suggest that one buy each separate component and take them all in the appropriate dose, because the expense will be much greater, as will the inconvenience.

At this point some readers will be thinking, “Okay, Dr. Keith. But I just can’t seem to swallow large pills. What should I do?” No problem. Try the following. Put the pill(s) in the sulcus (space) directly under the tongue. Take a swallow of liquid from a wide mouth cup or glass (not a narrow neck bottle) and down they go. Other readers are questioning, “Is it not possible to overdose or have side effects?” Yes, but this is extremely rare (almost to the point of never being observed by an individual medical practitioner) with multivitamins, as compared to the “megadose” single vitamin that one might purchase in a health food store and which I do not recommend unless one is advised to do so by a physician. In contrast, multivitamins are “over the counter” and it would not be so in this country if they posed a risk to health.

In summary, you can do yourself a favor by considering using a multivitamin supplement no matter how good you think your diet is, because in reality it is not all that good no matter now much you pay for it.