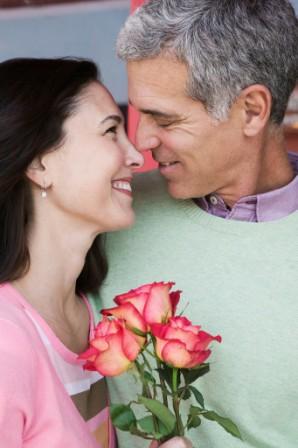 Whereas a happy marriage apparently is good medicine for both partners, hostile spouses may be harmful to one’s health. Couples in conflict-ridden marriages take longer than the happily married to heal from all kinds of wounds, acquired from minor scrapes or athletic injuries to major surgery, suggests a recent study. In a similar fashion, the health toll taken by a stressful job seems to be eased when the worker has a pleasurable home life.

This new research, reported at the American Psychosomatic Society meeting, adds to growing evidence that marriage has an impact on health. “Even a simple discussion of a disagreement slows wound healing,” says psychologist Janice Kiecolt-Glaser, who did the study with co-author Ronald Glaser of Ohio State University College of Medicine.

Overall, couples took longer to heal when asked to thrash out points of conflict than neutral issues. Hostile couples – peppering both discussions with criticism, sarcasm and put-downs – healed the slowest. It took them 40% longer, or two more days, to heal from small study induced blisters, and they also produced less of the proteins linked to healing.

On the upside, good marriages may buffer couples against the stress of demanding jobs in which the worker has little control. In a study with 201 married adults, those in high-strain jobs had higher blood pressure at the start, says University of Toronto psychiatrist Brian Baker. A year later, though, spouses in pleasurable marriages actually improved a couple of points in diastolic (bottom) blood pressure readings, despite their rough jobs. Meanwhile, those who seldom enjoyed talking or activities with their spouses had about a 3-point rise in blood pressure after coping with stressful jobs for a year.

“You may not be able to get away from the job stress,” says Baker, “but a good marriage soothes people, minimizing bad effects from the job.” This doesn’t surprise Karen Kayser, a Boston College social-work professor and author of When Love Dies, a book about couples falling out of love. “People tend not to recognize how much their marriage can affect the rest of their life,” she says. Kayser has studied how couples cope with the stress of a wife’s diagnosis of breast cancer. “How the marriage helps or hurts tends to come out more during a crisis,” she says, “but our marriages are affecting our health and well-being all the time.”

Editors note: Although these findings are interesting and from reputable sources, one must question how they are applicable to the general public. Healing from small induced blisters is not the same as healing from a surgical would. Nonetheless, the general direction of these studies supports the concept that a good mental state supports physical well being.