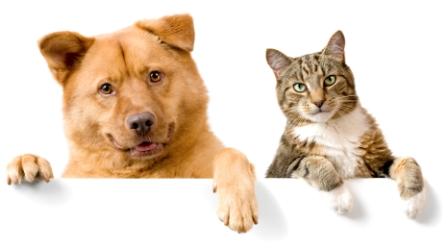 Sleep Disorders are common in humans, but many scientists wonder whether these same problems can occur in animals as well. There is some research to suggest that the answer is “yes.” Animals are in many ways very much like human children. Like our children they wet in their sleep, “talk” in their sleep and often have disturbing dreams. They have rhythmic head movements and many other symptoms that we find in children.

Dr. John Hedricks and Adrian Morrison from the School of Veterinary Medicine, University of Pennsylvania in Philadelphia determined that certain diseases were primarily associated with the sleep states in animals. They emphasized that because so much in this area still remains unclear, animal models were very important for studies of sleep disorders. The physiology of sleep in animals is similar to that of humans. For example, the so-called phasic phenomena (sudden periods or sudden changes) in REM sleep are the same in animals. Episodic muscle twitches of distal parts are also much more apparent in animals. In fact, they are so intense that animals move in their sleep. Every veterinarian that was asked whether dogs or cats dream confirmed twitching of limbs, facial muscles and vocalizations which periodically interrupts the animal’s peaceful sleep, suggesting that it is actually dreaming. Researchers and doctors who work with animals state that the effect of dreams on an animal’s behavior during daytime is similar to the effect in humans.

Observations suggest that REM sleep is characterized by a highly activated brain. Visual activity, motor activity, and metabolic activity rise during these periods. Eye movements in sleep have a striking resemblance to eye movements in wakefulness. For example, when the cat is confronted with another stimuli, its eyes move exactly the same way as in dreams, which suggests that it is actually seeing something in its dreams.

Patterns of sleep in animals are different in each species, but they are cyclical and have the same stages of development by age. Predators spend a great percentage of the 24-hour period sleeping and animals with secure sleeping places sleep more than animals that sleep in the open. Some animals, like horses, have skeletal adaptations that allow them to sleep standing up. However, they do not achieve REM sleep in this position. To sleep in a REM stage, they must and lie down. Other animals, such as dolphins, have different adaptations. Dolphins sleep in one half of the brain, while the other side is alert. It is fascinating that large domestic animals spend more time in a state of drowsiness (half-awake, half-asleep) if they are immobilized. During that period, their EEG patterns are mixed, containing waves of both alertness and sleep.

Abnormal sleep patterns have been discovered only in domestic animals. Initially, this might seem to imply that animals that live in the wild are healthier than domesticated animals. However, it most likely means that animals with sleep disorders cannot survive in the wild, but can live successfully in captivity. There is now evidence that the latter might be true. Animal sleep medicine started with the discovery of a disease in domesticated animals such as dogs. This disease is called narcolepsy and all symptoms of it were identical to humans.

Just as in humans, sleep disorders in animals may be either primary or secondary. A secondary disease is caused by medical problems, such as a brain tumor, encephalitis, drug treatment, heart problems, etc. The most serious of the recognized primary sleep disorders fall into two categories: narcolepsy and sleep apnea. Narcolepsy is a disease that consists of four primary symptoms: excessive daytime sleepiness, sudden sleep attacks, sudden paralysis, and hypnogogic hallucinations (hallucinations preceding sleep). If not treated, the consequences may be quite serious, as was proven by studies on dogs and Welsh ponies. This research provided invaluable information on the physiology of this life-threatening disease and the role of genetic predisposition.

The second class of primary disorders is apnea, which means cessation of breathing during sleep. During normal sleep, there are regular respiratory pauses in slow wave sleep, and very irregular and short stops during REM sleep. Animals (like humans) experience apnea for several seconds and usually with no ill effect. However, after prolonged and frequent apnea, excessive daytime drowsiness and even death can occur. Usually the disease has a progressive course and a sleep pattern may develop. Breathing becomes interrupted for long periods of time followed by spasms of diaphragm muscles, unpleasant and loud snoring, and gasping in sleep. This type of apnea syndrome (with upper airway obstruction during sleep) has been found in Persian cats and bulldogs. There have also been several episodes of sudden death in young dogs and cats while sleeping, which are similar to sudden infant death syndrome in humans.

It is also of interest to professionals that domestic animals have problems in sleep similar to parasomnias in children such as bedwetting, screaming, etc. Another important factor is that domestic animals, if they do not move a lot, can develop dissociative conditions similar to children’s daydreaming. Domestic animals, such as horses, stay awake for approximately 85% of the night if they are kept in a stable. This means that they suffer from severe insomnia and a strong drowsiness during the daytime. They also have symptoms such as sleep rocking, sleepwalking and night terrors.

Enuresis (wetting in sleep) has been found in many household pets. Owners of small dogs often complain to veterinarians that their pets are well trained and otherwise healthy but consistently make a pool of urine when they sleep. When observed, the dogs seem to begin to urinate while sleeping and then awake in the middle of the act. Upon awakening, they look “guilty” and “surprised.” The problem has been detected in all ages, but is most predominant in young dogs. Upon examination, there was no related anatomical or medical problem that might have caused urination. Unfortunately, no physiological investigation of sleep was done on these animals.

Sleep-related movements have been studied in cats. During sleep, cats have violent limb movements and have been known to move around in their cages while sleeping. Observations of these patterns, coupled with EEG and dorsal neck EMG recording, indicated that despite such activity, these cats showed no signs of epilepsy and were otherwise healthy. Head rocking is also common in animals but is considered normal. Horses and especially cows have a lot of body movements in sleep. In many cases, these movements are similar to head banging found in children.

Disorders of alertness, similar to disturbances in children, can also be observed in animals. Behavior disorders, such as violent behavior toward each other and towards themselves, especially during the transitional stage of alertness, can be seen in almost all animals, with two exceptions. Dr. Rappaport described a repetitive paw-licking syndrome in responding to the drug, clomipramine. Such behavior is found as a rule in certain genetic breeds. These animals usually have neglectful or overattentive owners who restrict them to confined places. Thus, inadequate care was often the root of the problem.

Another interesting phenomenon is the closeness of biorhythms of animals with their owners. We are all aware of a strange fact that many animals look like their owners. It happens because after living together for a long time their biorhythms might become similar. This phenomenon may be an area of future research.

Animals are with us and around us. Studying animals in sleep helps us develop appropriate treatments for similar disorders in humans.