The U.S. Food and Drug Administration (FDA) approved StratteraTM (atomoxetine HCl), for use in the treatment of Attention-Deficit/Hyperactivity Disorder (ADHD) in children, adolescents and adults. 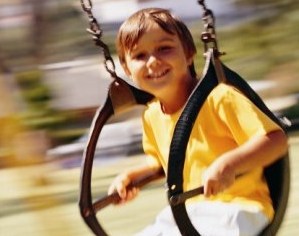 Eli Lilly and Company developed this medication as a non-stimulant alternative and it is the first FDA-approved treatment for ADHD that is not regulated under the Controlled Substances Act. Having a noncontrolled option, such as Strattera, could potentially reduce prescription hassles for patients, families and physicians by offering the convenience of phone-in refills and samples.

However, these hassles are worth little if the drug is not effective in treating the symptoms of ADHD. Lilly has demonstrated Strattera’s effectiveness in the treatment of ADHD in six placebo-controlled clinical studies, involving children, adolescents and adults. So far, more than 4,000 patients reportedly have taken Strattera across all completed and ongoing clinical trials, some for as long as two and a half years. Efficacy results were based on complaint reductions using rating scales with parents. Lilly claims the results to be comparable to those found with stimulant medications.

Strattera works by inhibiting the re-uptake of norepinephrine in selective areas of the brain, which is thought to reduce hyperactivity and impulsivity without causing insomnia. This mechanism of action is different from stimulants, which exert a greater impact on dopamine. This application is not entirely new and medications such as Wellbutrin, that also impact levels of norepinephrine, have been tried with ADHD populations in the past. It’s not known precisely how Strattera reduces ADHD symptoms. Scientists believe it works by blocking or slowing reabsorption of norepinephrine, a brain chemical considered important in regulating attention, impulsivity and activity levels. This keeps more norepinephrine at work in the tiny spaces between neurons in the brain.

Success of this medication could lead to new methods of treatment for the disorder and Strattera represents the first FDA-approved application for adults. Children with pre-morbid tic disorders or those who show stimulant-induced tics may profit from Strattera. However, patients and their parents should be cautioned that the real-world safety and long-term efficacy of the medication is unknown. Therefore, a frank and careful consultation with a trained physician is necessary to determine if a trial on Strattera is the most prudent course of action.