Permit me to begin this month’s column with a question: what does the title of my piece mean to you? Does it conjure something or nothing at all? If something, does it have to do with the focus of this journal, Sleep, and if so, how so? And, finally, does all of what comes to mind have to do with the holiday season which surrounds us as I am writing this and as you will be reading this. 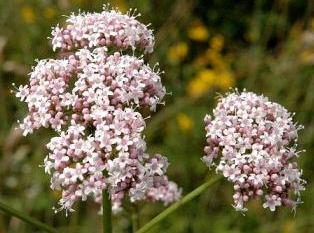 The answer to the question is complex and can be on several levels, but let me take you on a short trip down memory lane. During the holiday season of 1942, when I was 7 years old, I attended my first performance at the Opera House in Chicago. I was so small that I sat on bunched up coats in order to see over the person ahead of me. During the first act of the opera, two children (played by adults) fall asleep in a dark and foreboding forest shortly after having been visited by the Sandman who passed his hands over their eyes and lulled them into a state of drowsiness. Before falling asleep, however, the children say their bedtime prayer, a short poem that begins with the words, “Now I lay me down to sleep…”

After the children lay down and began to sleep, the stage transformed itself for what is one of the greatest scenes ever conceived in opera. The dark foreboding forest was a painted scrim which was in reality sufficiently transparent to see thru if the lights behind were bright enough. As we all saw in the Opera House that Sunday afternoon, the lights soon increased in intensity behind the scrim to an incredible brightness, at which time a stairway became visible. When this had taken place 14 angels began their descent, 7 on each side. The scrim was raised and the angels descended to surround Hansel and Gretel who had been lost and offer them protection for the night.

The poem and the incredibly rich orchestral interlude which followed it are part of the Opera Hansel and Gretel, by Engelbert Humperdinck. (No, he does not play in Las Vegas.) This Humperdinck was born in 1854 and died in 1921. The opera had its premier three years later at the court theater in Weimar Germany under the direction of no less a personage than Richard Strauss who had deemed it a true masterpiece. It was an instantaneous and resounding success, and the story of its composition would take two or three pages. It has been in continuous production ever since and was the first opera broadcast by the Metropolitan Opera when they began their radiocasts on Saturday afternoon (Christmas Day in 1932) and will be broadcast again in a new production (already seen in Chicago and San Francisco) this year.

It is hard to say what makes the opera so popular but arguably it is the scene in which the children lay down to sleep and sing their evening prayer. If you do not believe me, just go to Google and see what comes up. Not only are there pages on the opera, but additional pages on this scene of sleep and what precedes it and follows it. There are also versions of children singing the prayer on UTube which can also be brought up, recordings of the prayer in many choral anthologies, and so on. It is, without doubt, part of the culture of music and, for some reason, it is almost invariably presented at the holiday season as an opera to which children can be taken. Like other operas, the story is dark, but this time there is a decidedly happy ending, with the children in triumph. (The evil witch is baked into a gingerbread cookie in her own oven and the children eat her).

I remember some but all of the words, and I am sure that many readers know the poem by heart. It deals with a group of 14 angels who come to guard the children, two upon the right side, two upon the left side, two at the feet and two at the head, etc. It is a simple poem but one that is reassuring and one that many children say at night, having been taught it by their parents to help them deal with the dark of night. In this regard, the poem is eminently effective, because not only did it reassure Hansel and Gretel but I am sure that it reassured the two German children who were singing it on UTube.

One cannot help but wonder what Humperdinck would have thought if someone were to have whispered to him on the evening of the premier or to Grand Duke Karl of Saxe-Weimar who underwrote the cost of the production that their names would be remembered all over the world and written and spoken about by generations of students and artists because of that one evening and that one work.

If my understanding is correct, Hansel and Gretel will also be sent to theaters around the world by the Metropolitan Opera as it enters its second season of using high-definition TV for transmission live from its stage. For those of you who have the opportunity to see it on December 15, my suggestion is to run rather than walk. This is not only for the opportunity to see what I am writing about, but to see the technology which is nothing less than astounding. Earlier this week I went to Oak Park to see the Opening night production of Aida from La Scala in Milan. OMG! Although I have seen Aida many times, this was incredible because it was too easy on the eye and the sound was right.

If by any chance readers who see Hansel and Gretel want to write to me about it, please do so.