Anne Beale Golsan’s niece arrived at the house they shared in Baton Rouge, La., to find police already there. Golsan had killed herself with a gunshot to the head.

“Every single day it makes me feel like I wish I could have done something,” Jane Golsan Ray said, recalling her aunt’s death eight years ago. “I wish I could turn back the clock and prevent it. It doesn’t get any better, it hurts every day.” 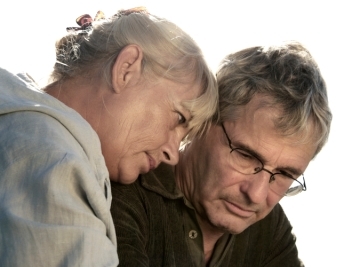 The elderly are the highest risk population in the country for suicide. But few suicide-prevention programs target them — a result, advocates say, of scarce funding and lack of concern for older Americans.

And mental heath experts say the number of elderly suicides is likely to climb as baby boomers enter their twilight years.

The overall U.S. suicide rate is 11 per 100,000 people. But for those 65 and older, that figure rises to 14 per 100,000, according to the Centers for Disease Control and Prevention, which based its findings on 2004 data, the most recent available.

Older adults are less likely to seek help and are more lethal in their suicide attempts. So experts say special care is needed to reach out.

Dale Smith, 67, said he might not be alive if not for a suicide-prevention program in Spokane, Wash.

Two years ago, he attended a meeting at his retirement complex where everyone filled out a screening form for depression, a key risk factor for suicide.

Based on his answers, a caseworker and psychiatrist later visited Smith at his home, where they discussed what turned out to be a lifetime of depression. They developed a plan of medication and therapy that Smith says probably saved his life.

“I’m not unique. I think there’s a lot of individuals out there who do suffer from depression and they have no clue,” he said. “They just know they’re not happy. They are tired, they want to pull the covers over their heads and not look at the world, and they don’t know what it is.”

But many older Americans have fewer options for treatment than younger people.

“It’s a not-so-subtle social-political assignment of resources,” said Donna Cohen, a professor in the Department of Aging and Mental Health at the University of South Florida.

Depression is underdetected at all ages, mental health groups say. But much more funding is available for treating younger people, including $82 million in federal money approved in 2004.

The situation prompted Sen. Harry Reid of Nevada, who lost his father to suicide, to propose funding more suicide-prevention programs for the elderly and changing a Medicare coverage rule that forces seniors to pay more for outpatient mental health services than other medical care.

Some advocates and mental health workers say they also have to battle a prevailing notion that depression is a normal part of aging.

“It is not natural and should be treated at all times,” said Dr. Paula Clayton, a psychiatrist and medical director for the American Foundation for Suicide Prevention.

Janice Hodge of Sandy, Ore. said she didn’t realize until after her 91-year old father, Anthony Liberto, died that he had been depressed.

He was struggling to care for his 85-year-old wife, who suffered from Parkinson’s disease. He did not work and he could no longer play golf, his favorite pastime. Friends and family still visited, but they say he spent much of his time lying on the couch and growing frustrated with suggestions that he place his wife of 62 years in a nursing home.

Eventually, he shot his wife and killed himself, leaving a note that read: “Sorry we had to leave this way, forgive me. Love, your Dad.”

Experts say there need to be services tailored to the elderly because they handle depression differently than younger patients.

In Spokane, the program that helped Smith, called Elder Services, trains people who come in contact with the elderly — from bank tellers to postal carriers — to notice signs of trouble, such as mail piling up or bills going unpaid. Those people can then notify social workers.

In San Francisco, Patrick Arbore founded the Friendship Line in San Francisco in 1973 after seeing the lack of understanding some suicide hot line workers displayed for older people.

The line, which lets people call just to talk or get support, now handles more than 3,000 calls a month. About one-quarter of the callers have suicidal thoughts, a staffer said. But most just want a compassionate listener.

“It’s about reminding people that they are still a part of their community,” Arbore said. “Those connections bind us to life.”